Cohh will be doing another GuardianCon charity stream this year; his goal for how much is raised is $100,000!

If Cohh decides there are enough we may even have a vote for a few things. So suggest away! We look forward to you ideas and seeing what the community wants to see.

Dont know about what amounts raised but:

1. Setup picks (we are already waiting a long time for those)
2. New picks of all the animals
Top

A full Minercaft playthrough on the latest version.
Top

How about a custom-created emote by Julia? Chat's choice?
Top

Also, let's say, 2h of some lewd anime game. Cohh should have quite a collection of those gifted to him.
Top

My Suggestion will be for him to play Fire Emblem Three Houses for at least 4 Hours when it releases in July. It's a tactical RPG game that i really think he will like if he just tries it.
The second will be just 2 or 4 Hours of Super Smash Bros Ultimate with different people because it just will be fun to see
Top

I'd like to see either Dragon Quest XI or Dragon Quest: Builders, which is like a cross between Dragon Quest, Minecraft, with Zelda like combat. Also, Disgaea 5 would be cool to see.
Last edited by Rexic84 on Mon Jun 03, 2019 11:38 am, edited 1 time in total.
Top

Pink beard is a must for any charity event cohhEvil
Top

I want one of the goals to be a Zeke Imitation Stream. Extra points if you play a CD-ROM game or some Point & Click.
Top

Hey, Id like to see Prince of Persia 1989 playthrough <3
Top

Cohh does an irl stream of him just taking a walk and chatting with chat. Obviously someplace that doesn't dox him and all that. You know just some proof that he has a lower body and has felt the touch of the sun on his skin.
Top

For one of the highest goals; streaming Roens (sorry if I spelled his name wrong) first game.
Top

I think cohh should play a Nekopara game

I would like to see Cohh play disgaea 3 or 4 for one of the the charity goals. It's a really hilarious tactical rpg that doesn't take itself very seriously.
Top

Hm, Would it be viable to have playing a DDR game as a higher tier goal?

Maybe include cosplay as one of the Double Dragons? 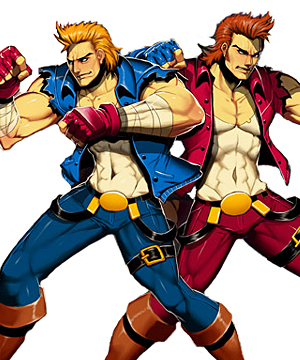